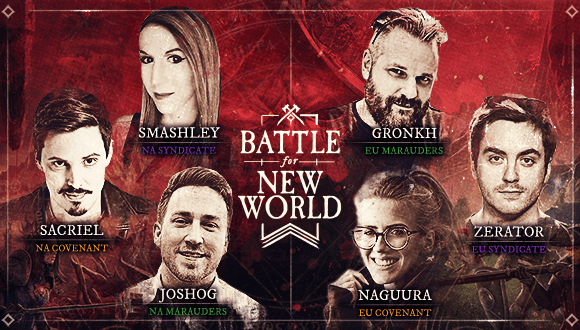 The Closed Beta has come to a close, the last tree has been felled, the last arrow fletched and fired. The forges are empty, and the bustling streets of Everfall have gone quiet. The dust has settled from the war that raged across Aeternum, and all that’s left is for us to say an enormous thank you to everyone who quested, crafted, fought their fellow adventures, delved into Expeditions and otherwise participated in the Closed Beta test. We’d also like to extend a huge thank you to the awesome content creators showing all New World has to offer during the Battle for New World.

The Battle for New World was a hard fought, nail biting, epic clash. Over the course of the event, we watched as our participants explored the vast landscape of Aeternum, declared War on each other, crafted exquisite items, decorated their homes, and dueled to the death. This event tested New World on many critical parts of the overall experience, including our servers, data, and analytics. Through this testing, we faced a number of issues, some of which we have already resolved, and some ongoing issues with regards to the reporting on the Battle for New World Leaderboard. In recognition of the awesome effort, and in light of the Leaderboard tracking issues, we have decided to extend rewards to all teams for this event.

Every participant in the Battle for New World will receive 100 copies of the New World Standard Edition to give away to their communities at launch. Each team will also get to collaborate with the New World development team to create a new Named Weapon that will live on in Aeternum, forever paying tribute to their part in the epic battle.

Each of the Battle for New World participants will also be granted access to a unique Twitch Drop on their channels for the first 7 days after New World launches. Be sure to tune into their channels at launch to receive the Vinespun weapon skin set. You can find a full list of participants who will have access to the Vinespun weapon skin, and links to their Twitch channels, on the Battle for New World Leaderboard page. 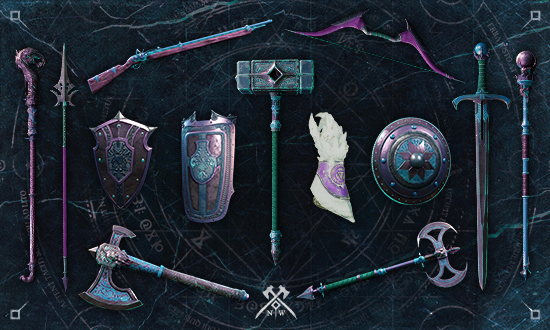 After a careful evaluation of the Leaderboard data we believe this to be the most accurate final count at this time. Due to the unforeseen tracking issues we have gone back to find as much of the data as we can. Even with the tracking issues, it’s clear the time and effort many teams put into the competition. The competition, grind, and effort exhibited was real, and to honor the teams with the most recorded points from NA and EU, we will be placing a special Lore Note in the game after launch to commemorate their achievements. You can see the final scores on the Leaderboard.

We’d love to extend an enormous thank you to all the awesome Content Creators who participated in Battle for New World, to everyone who fought alongside them, and all those who cheered for their favorite team while viewing the event.

See you in Aeternum!